An integral part of hatha yoga is the breathing exercises – Pranayama, which means “prana control” or “breath control”. Breath control in yoga occurs through the performance of special exercises, bringing therapeutic effect and improving well-being.

It is recommended to engage in breathing practice outdoors or in a clean, ventilated room. The basis of Pranayama is the concentration on the breath. Dizziness arising – reason to stop doing exercises, lie down and relax.

Benefits of breathing exercises in yoga

People with a sedentary lifestyle have a lack of carbon dioxide, which weakens blood vessels and develops diseases of internal organs. Often in the early stages of pregnancy is a set of excess weight, provoking hypodynamia. Proper breathing technique makes up for the lack of carbon dioxide, relaxing blood vessels, normalizes the blood supply to the heart, liver and kidneys, increases the tone of the body.

The effectiveness of pranayama for maintaining slimness lies in the short-term oxygen starvation that the body experiences during the exercises. On the deterioration of health or the work of the organs, it does not affect, but the synthesis of enzymes responsible for metabolism is significantly accelerated.

Full yoga breathing through the nose protects against colds, provides the body with oxygen, clears the lungs of stagnant air. Breathing exercises help to calm down, control emotions and cope with hypertension, which often occurs in pregnant women, bring a sense of peace. 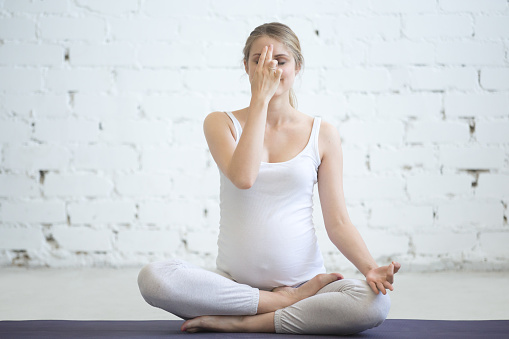 Pranayama is aimed at mastering the breath, in which there is complete oxygenation of the lungs and the recovery of the body. In the practice of hatha yoga distinguish 4 types of breathing exercises:

Upper Breathing. Involves the cervical muscles, with the ribs, collarbones and shoulders lifted, the air enters the top of the lungs. Saturation of the alveoli with oxygen and the proper gas exchange does not happen, for breathing a lot of effort. Upper respiration in yoga is considered the most inefficient.

Middle breath. Inhaled air fills the middle lobe of the lungs, there is an increase in their sides. As a result, the chest expands, ribs rise, there are vertical movements of the diaphragm, the abdomen in the process of inhalation – exhalation inflates and retracts. Average breath demands less efforts, but brings few benefits.

Bottom breath. Occurs due to the movement of the abdomen, accompanied by moving up and down the diaphragm, engages the lower part of the lungs with a minimum of effort on the breath. This gently massages the internal organs, except for the heart. Lower breathing helps to normalize the digestive and excretory systems, improves metabolism and abdominal muscle tone, and helps relieve mental tension.

Full breathing. It is carried out by smooth wave-like movements of the front surface of the body in a strict sequence: the stomach moves forward, the air passes into the lower lobes of the lungs, the thorax expands to the sides, letting air into the middle part, and the collarbones rise, allowing the upper part of the lungs to be filled. Exhalation occurs in the same sequence: by retracting the abdomen air is released from the lower part of the lungs, the thorax returns to its former position and the collarbones fall, freeing the lungs from air. Such breathing fully saturates the body with oxygen and prana – “life force”, promotes the removal of toxins, strengthens the immune system. 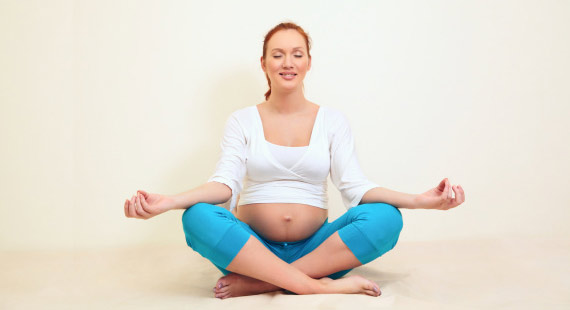 The subtleties of proper breathing

Mastering breathing exercises should not be accompanied by these mistakes:

– Inhalations and exhalations are equal in duration. You should strive to ensure that the exhalation takes twice as long as the inhalation, and in pregnancy it is better not to hold your breath or do afterbreaths. Breathing should be natural and relaxed.

– Posture that interferes with the proper performance of exercises. Concentrating on breathing, you need to relax your shoulders and watch their stillness on the inhale. To help beginners to keep the back straight and not clench the chest will help support the wall.

– The process of breathing is achieved only through the abdominal muscles, it becomes unnatural. Those who are new to pranayama mastering tend to control inhalations and exhalations excessively; they will gradually become relaxed without losing the right body position.

– Distraction. Attention must be focused on the air passing through the body. Thinking about extraneous things, you should switch to breathing.

Learn how to breathe correctly will help preliminary preparation, which consists of a spiritual mood, a detailed study of the technique of exercise with the help of video lessons site.