The flower pose in hatha yoga is the lotus pose known to almost everyone without exception. In the original terminology of yoga, in Sanskrit, this asana is called padmasana. It is probably not necessary to include padmasana into the complex for beginners. Some beginners might not find the lotus pose difficult, that is why an individual approach is important. If the lotus pose does not cause discomfort and painful sensations, it is advisable to add it to the complex with other asanas that strengthen the pelvic organs and improve blood circulation in the groin area. 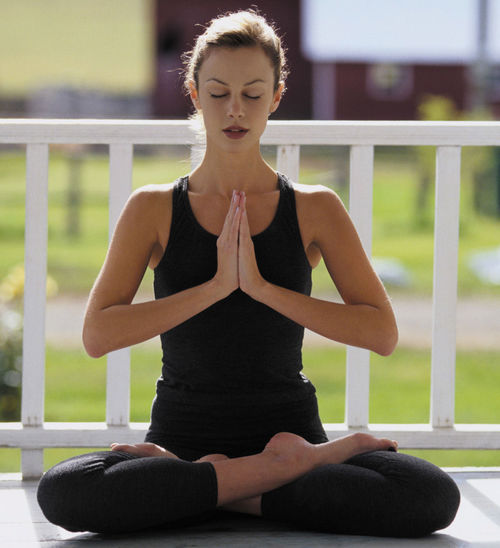 Padmasana: how to take the pose?

The technique of performing the flower pose in yoga consists of three steps.

– Sit on the mat and, bending the right leg at the knees, pull the foot up to the left thigh. The foot should rest on the base of the thigh, so that the sole is turned upwards and the heel is on the navel line.

– Give the same position to the left leg.

– Complete the asana by stretching out the back, putting the shoulders down and relaxing the muscles.

The position of the hands in padmasana depends on which variation of flower pose in yoga is chosen. 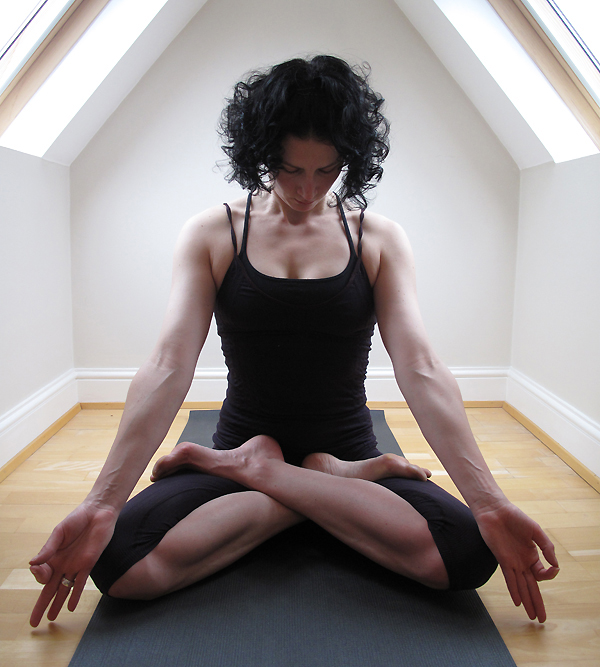 As mentioned above, different versions of the lotus pose differ from each other mainly by the position of the hands. The simplest version is the hands folded at chest level in a ‘palm to palm’ position. The fingers point straight up. One of the classic written sources, the fifteenth-century Hatha Yoga Pradipika, prescribes keeping the hands in the bowl, palms up (right on left), at the mid-point of the groin. When using the lotus pose for meditation (which is its main purpose), the fingers of the hands form what are called mudras, special combinations of fingers. As a rule, this is the Jnana mudra: the tips of the thumb and forefinger are joined together and the remaining fingers are pulled to the side. But other variations are also possible.

A more difficult variant of lotus pose, baddha padmasana, assumes a different position of the hands: they are placed behind the back and crossed. Hold the right hand on the toes of the right foot and, correspondingly, the left hand on the toes of the left foot. In dynamic variation of baddha padmasana, bend forward and touch the floor with your forehead.

The lotus pose is considered as one of the fundamental poses in hatha yoga and is often used in various combinations and variations of other asanas, such as Kukkutasana or Uttana Kurmasana. 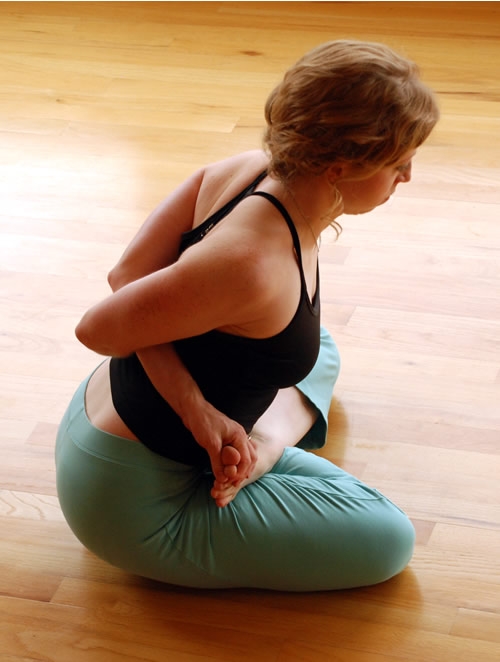 Asana Lotus: nuances of the execution

When adjusting the asana it is important to:

– follow the position of the hips: they should be turned outward as much as possible, the muscles should be absolutely relaxed, otherwise it will not be possible to take the pose correctly;

– avoid strong tension in the knees, as this is a sign of error
-working in padmasana is done with the hip joints;

– Do not bend your knee fully, otherwise you won’t be able to turn the tibia correctly.

Beginners should not go to mastering the lotus pose with excessive enthusiasm. There are a number of asanas that will help prepare the muscles and joints for mastering the flower pose embodied for many yoga practitioners. Agni stambhasana, upavishta konasana, and janu shirshasana will help work the hip joints. An excellent option for preparation is baddha konasana. It’s good for pelvic and knee preparation.

You can also start with so-called half-lotos (ardha padmasana) or with siddhasana. These postures are simpler, but no less effective. 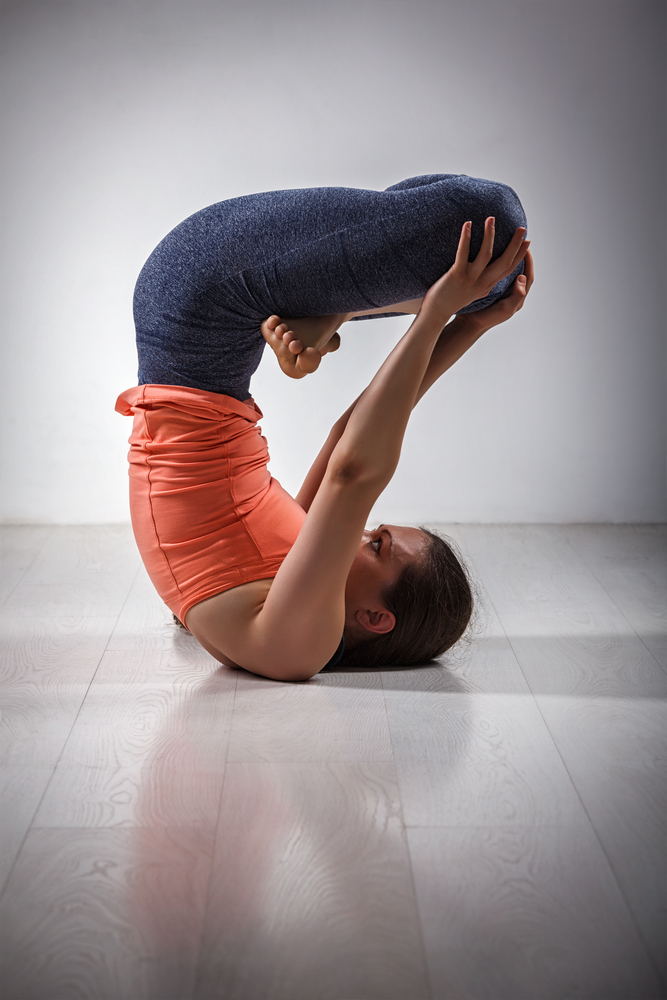 Flower pose: what is useful and when to be cautious

“Hatha Yoga Pradipika” calls padmasana “the destroyer of disease.” It stimulates blood circulation, has a beneficial effect on the overall condition, saving from sleepiness and filling the body with energy. Pregnant women also love padhsamana because it is a good way to relieve tension from the muscles of the back. If taking the pose is difficult for a pregnant mother, for example, in the third trimester legs swelling often interferes, you can limit yourself to simplified versions of asanas. These are siddhasana, svastikasana and sukhasana.

Flower pose is categorically not recommended if you have injuries of the knees or ankles. Undergoing the lotus pose at the initial stage should be treated with caution, as any unpleasant feeling in the knees or groin area should be a signal to stop the exercise.