Often pregnancy is not accompanied by a ban on sexual activity. But this trembling period is always accompanied by anxiety over every little thing, especially when this little thing is a bloody discharge after sex. Let’s find out what is considered bleeding, which emissions are normal and when it is necessary to urgently contact the doctor.

What secretions during pregnancy are considered normal

The discharge exists to protect the fetus from infections of various types. So their presence is not just the norm, but an obligatory protective mechanism. But, since the discharge is different, you need to define the norm.

So, normal are considered:

If you notice a discharge that is outside the norm, or there was blood after sex during pregnancy, it is worth contacting a gynecologist. In this case, there is no need to panic. Remember, carrying a child is a very individual process.

Causes of bleeding after sex during pregnancy

Blood during sex during pregnancy can be due to various reasons.

Among the most popular causes are:

There are also more serious causes of blood during sex during pregnancy, which require the attention of a doctor:

There may be dozens of reasons. It is important to monitor your well-being and determine the approximate amount of discharge. As a rule, a spotting does not require intervention.

How to distinguish between a bloody discharge and a bleeding discharge

Before you start to panic and call an ambulance, let’s try to determine exactly what you are experiencing.

A step-by-step online program for recovery after childbirth
And in 3 months or sooner you will regain not only your physical form, but also your mental balance. A happy mom is a happy family!
Get Started Now! First 7 Days Free

Bleeding requires an immediate visit to the clinic, the discharge in turn can be considered normal, and you only need to inform the gynecologist at the next examination.

When is bleeding the norm

To say that blood during sex during pregnancy is the norm, and you are 100% guaranteed to be safe. Any discharge with an admixture of blood is a reason to consult a gynecologist and undergo a consultation, examination, take tests.

The first weeks of pregnancy is truly the only period in which a blood discharge (not bleeding!) may be considered normal. During this period, the embryo is attached, which causes the color of the discharge. Also, in the first half of your term, your body may be reacting to hormonal changes. 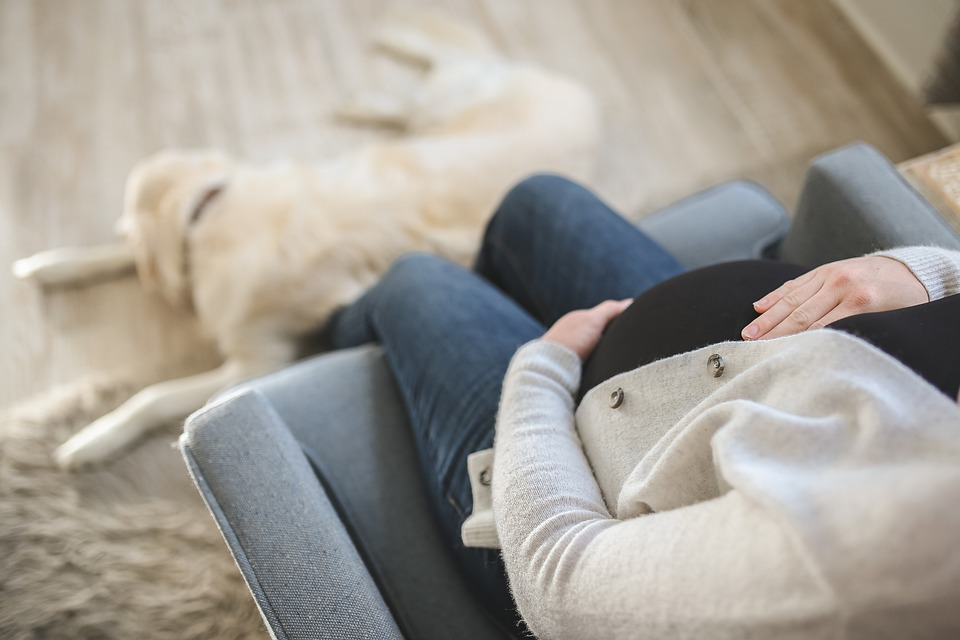 In the late term

If a little blood appeared after sex in the late term, this is a signal to visit the doctor. This may be as mechanical damage to the uterus, the departure of the placenta, spontaneous abortion, and the departure of mucus plug, which is a sign of impending labor. In any case, you should contact your gynecologist and explain the situation.

When to consult a specialist

Consultation with a doctor is a mandatory procedure when blood appears during sex in late pregnancy, have a characteristic odor, are produced in large quantities, accompanied by pain.

Examination by a specialist will help to identify the cause of the formation of the discharge, and in a timely manner to eliminate it. Do not delay a visit to the doctor if you have suspicions about the normal course of pregnancy.

When it is forbidden to have sex during pregnancy

Sex is an important part of family life. In the normal course of pregnancy sex is not contraindicated, and even recommended by doctors. Of course, it is worth limiting activity during intercourse, as well as choosing the best positions. However, there are cases when sex during pregnancy is contraindicated:

Enjoy life in this trembling period, do not deprive yourself of pleasure, but do not forget to take care of yourself and the baby. If after sex during pregnancy you bleed, go to the doctor and make sure that you and the baby are safe.