The Runner Pose in Yoga

Performing some asanas is quite difficult for yoga beginners. Gradually strengthen and train the body and muscles, make ligaments elastic to move on to the next stage of mastering the Eastern gymnastics help preparatory postures, one of which is the pose of the Runner. 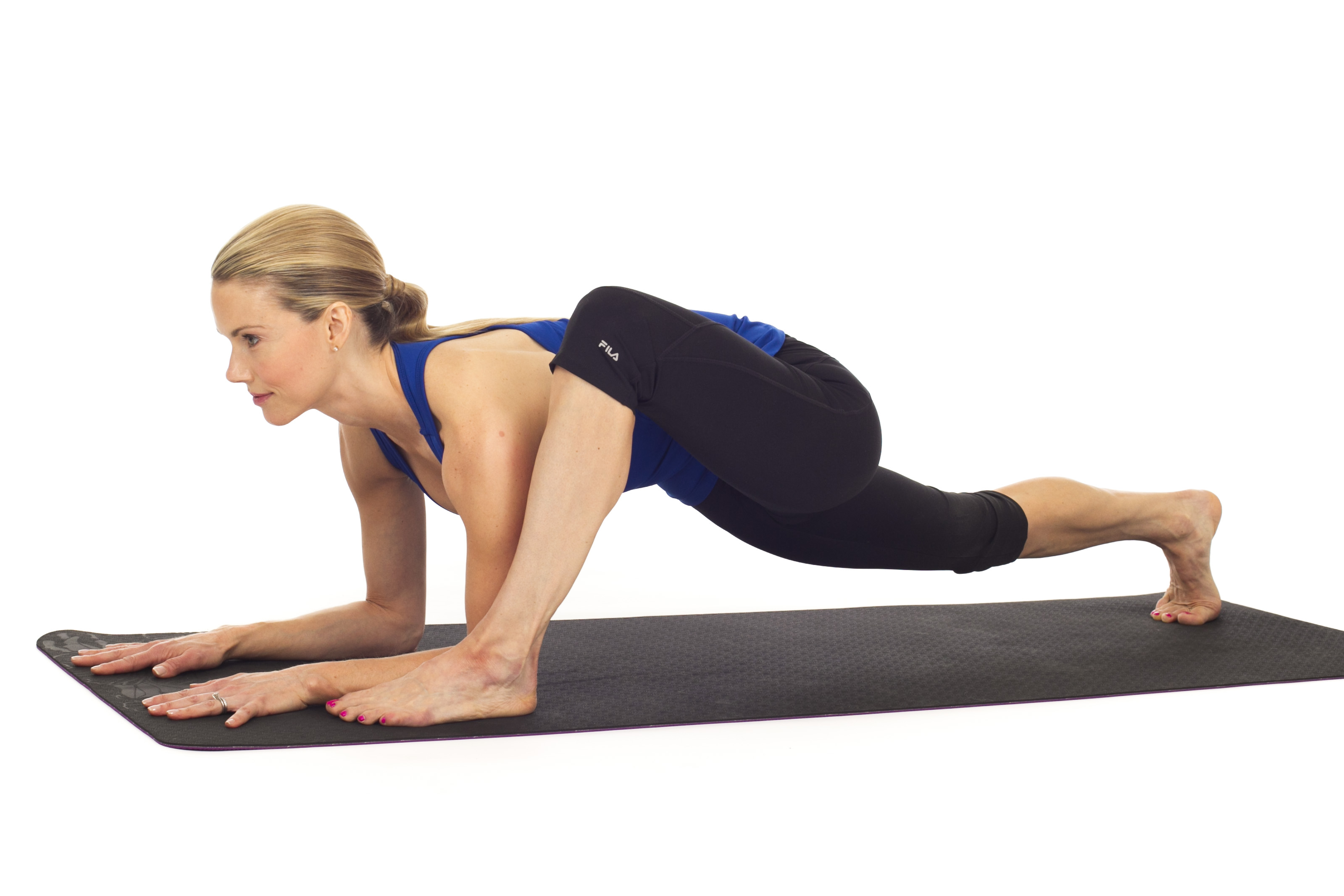 The beneficial effects of the pose of Runner

Runner pose is not the most common name. More often this yoga exercise is referred to as Ardha Hanumanasana or “Half Monkey Pose.” It is considered a kind of warm-up before performing a full longitudinal twine, stretching and giving flexibility to the muscles of the lower leg and the rear surface of the thigh.

Asana helps to eliminate blood stagnation in the pelvic area, which occurs in women during pregnancy due to the pressure of the growing fetus. Regulating blood circulation, pose Begun prevents numbness of lower limbs and the development of serious diseases of the genitourinary system.

If you are prone to varicose veins, Ardha Hanumanasana is also indicated. For women in the position the exercise can help relieve swelling and leg pain associated with this disease.

– Starting position for entering Runner pose is “downward-facing dog pose”: body makes an angle above the floor, pelvis upward, back and limbs straightened in a line, standing on the feet and palms apart at shoulder-width apart.

– On an inhale, the right leg is lunged forward, bent at the knee and placed on the foot between the palms.

– Next, you should move your lower back, while straightening the right leg straightened forward. The left leg is bent at the knee, so as to create a right angle between the thigh and the shin.

– As a result, the hands and the foot of the right foot are in front, and the bowed head is stretched toward them, with the bent left leg supporting the body.

– Stay in this position, paying attention to stretching the right leg and straightening the back. It is not allowed to move the pelvis strongly backward and squat on the heel.

– Return to the starting position, and then repeat the exercise, putting the left leg forward to stretch.

The jogger pose should be performed after first warming up the leg muscles. To avoid painful sensations in the supporting knee, it is useful to do yoga on a mat, use a blanket folded several times. Pregnant women should perform the asana with particular care, stretching the legs slowly, avoiding excessive load on the abdomen when bending forward. If you feel discomfort, stop doing Ardha Hanumanasana.

Variations of the Runner pose

After learning how to do the asana correctly, you can move on to more complex variations of its performance:

– During the extension, the arms are resting on special supplies;

– The forward leg is on the floor in a fixed position with the whole foot;

– The support foot is in contact with the floor with the instep of the foot and not with the toes.

In addition to the therapeutic effect on the body, hatha yoga pose helps to open the lower chakras – muladhara and svadhisthana, which are responsible for self-control, harmonious development, external appeal. Performing Ardha Hanumanasana helps to gain self-confidence, improves physical health and gives a reserve of vital forces, which are especially necessary for a woman during the period of pregnancy and childbirth.